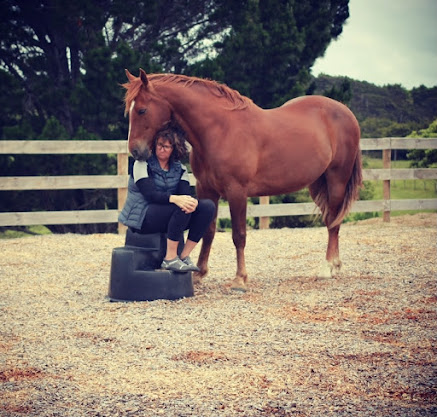 Yorkie sees her sitting on the mounting block, mired in her anticipatory grief

she's wondering how could her brother, her rock, be dying

Yorkie ambles, stopping at the gateway of the makeshift arena sitting high in the hills, the sea in the distance

she's wondering how she will go on living if her brother, her rock, dies

Yorkie pauses, enclosures go against his nature– those that went before him were not restrained but roamed freely in herds, avoiding any situation that might make them vulnerable to predators

she's in her own world, seeking respite, eyes gazing downward unable to give anything any mind except the fact her brother is dying

Yorkie enters the gate, the enclosure and slowly, quietly, sidles up to her and touches his velvet lips to the top of her head and leaves them there

she feels the touch and wants to startle yet chooses calm and she wonders if he can possibly know that her heart is splintered as she tries to breathe into the fact that her brother, her surrogate benevolent father, is dying

Yorkie steps forward until his chest rests against her, his neck forming a protective arch over her, his head hanging on the other side of hers, fully enveloping her body

she feels the whisper of his damp breath, exchanging a language unspoken, as she frets about arriving in time to be with her brother as his life energy exits his body

she's never felt this held in her entire life, except, maybe, when she was three and he was ten– her brother 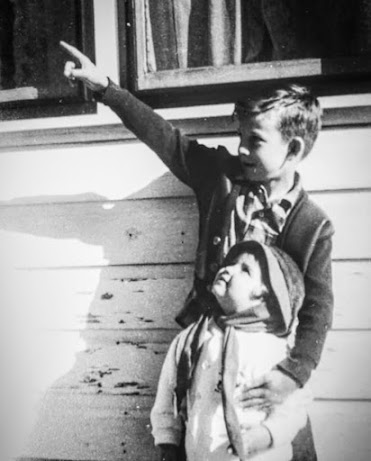 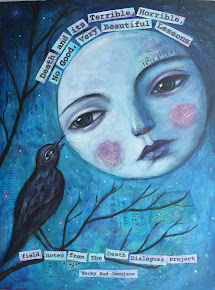 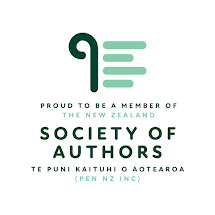 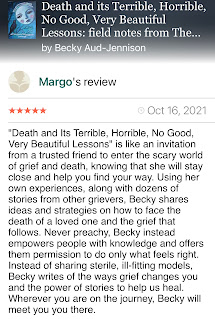 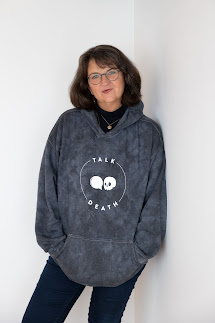